The former Lagos State Governor, Bola Tinubu has been announced the winner of the All Progressives Congress, APC, primary elections.

The Asiwaju of Lagos garnered half of the total votes to beat his major opponents, the Vice President Yemi Osinbajo and the former Rivers State Governor, Rotimi Amaechi.

About 2,322 delegates from across the country had stormed Eagles Square, Abuja, to elect the flagbearer of the party ahead of the 2023 general elections.

While Tinubu, who doubles as the National Leader of the party, got 1,271 votes, his major opponents, the Vice President, Yemi Osinbajo secured 316 Votes and the former Governor of Rivers State had 235 votes..

Pastor Tunde Bakare and Senator Rochas Okorocha got No votes at all. 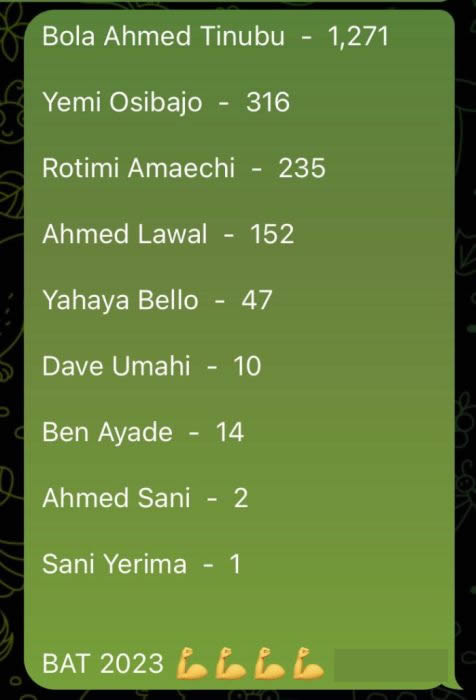 What next for Tinubu?

With the current development, Tinubu will face the former Vice President, Atiku Abubakar of the PDP, former Governor of Anambra State Peter Obi, and other party candidates to battle for the top political office in the forthcoming 2023 elections.

LAUTECH has benefitted from ASUU struggle, we will not suspend strike – Lecturers reply Seyi Makinde